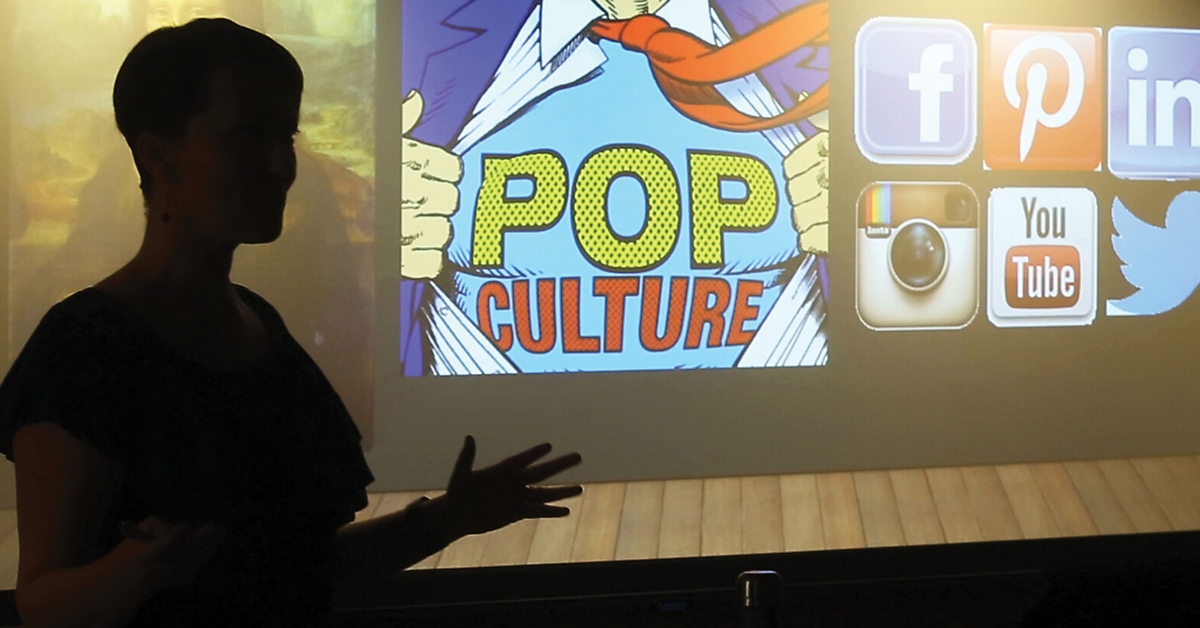 (TNS) Nancy Shutts, 78, first encountered internet memes a couple of years ago when her grandson shared a term paper he wrote for a college class. She couldn’t understand what the big deal was about the silly social media images with text—usually related to current events.

“I am so left-brained, this does not mean squat to me,” said Shutts, who has a degree in medical technology. “But I’m constantly looking at new things to expand my knowledge.”

Shutts and five other seniors came together in a Rollins College classroom to learn about memes and other trending images on the internet from art historian Adrienne Lee.

A meme is a still shot—typically from a movie, television show or ad campaign—“that takes on a new life but is rooted in a context that we all share,” Lee explained to the class, offered for people 50 or older through Rollins’ Center for Lifelong Learning.

For example, an image of the late actor Gene Wilder as the title character in the 1971 movie “Willy Wonka and the Chocolate Factory”—with his top hat tipped upward, head resting on his hand and a smirk on his face—has spawned countless “condescending Wonka” memes.

“You know to read those words in a snarky, sarcastic tone because of how he played that character,” said Lee, 39. “Memes are like organisms—they have a mind of their own, and they evolve and mutate.”

The lecture series, also explores other art history topics in relation to modern concepts such as: Are smartphone selfies an electronic version of a self-portrait? Does posting pictures of your brunch on Instagram equate to a still-life painting?

“It’s that idea that while the media has changed or evolved, the intent really hasn’t—that’s rooted in human nature,” said Lee, adding that she imagines Monet’s Instagram feed would be bursting with depictions of water lilies and haystacks.

Most of Lee’s students said they reluctantly use Facebook to keep track of family and friends but don’t embrace other apps such as Twitter or Instagram.

There’s a level of narcissism, they said, with constantly sharing carefully crafted details of one’s life on social media.

Apopka resident Yvonne King, who declined to give her age, balked at the idea of redefining art and comparing artists who painstakingly created masterpieces with people who use filters on their photos.

“People that are participating in it to a great degree … they’re really not doing it for the art,” King said. “This is not an attack on anyone, but there’s quite an element of being very self-centered.”

Lee countered with the notion that all artists are prideful because they’re putting themselves out there through their work.

“All that art comes as a result of artists who are experiencing their world at a particular time … that’s the real reason we can’t brush off these pop culture references, these social media trends, memes—it’s our visual representation of what’s happening now.”

“Art is for everyone, and through pop culture, I think we find ways to make it more accessible,” she said.