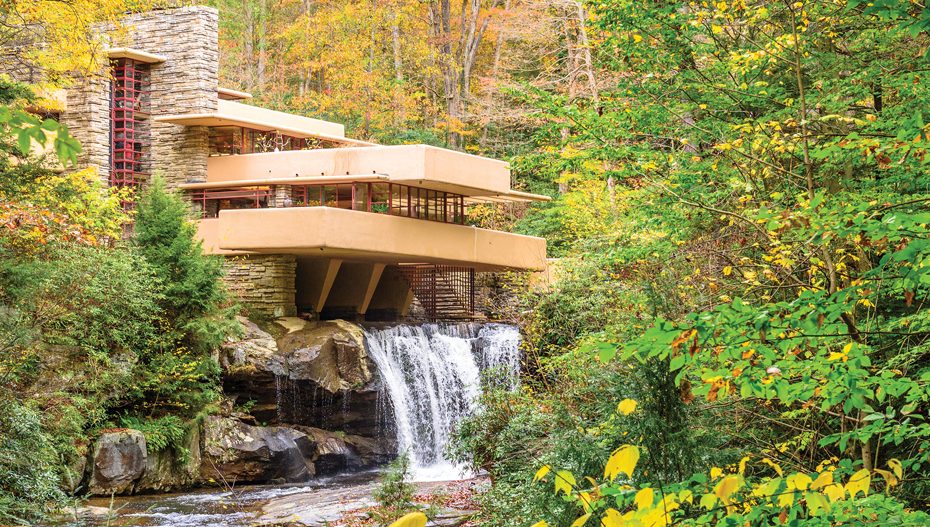 As former Pittsburghers gone from the area for many years, we were amazed at the transformation that has taken place in the once-smoky city.

Like a phoenix rising from the ashes of the coal industry, this city’s renaissance from a dark, dirty, depressing, and smoke-filled industrial town to a shining example of what a modern metropolis can and should be is truly amazing.

Pittsburgh has, in fact, more than once found itself in recent years on lists of the most “livable” cities in the nation, and we can easily understand why.

Two well-known sports-related colors of Pittsburgh are, of course, the black and gold of the city’s sports teams: the Pirates, the Penguins, and the ever-popular Steelers. (The Pirates’ PNC Park, by the way, is considered one of the best ballparks in the nation.)

The color gold in Pittsburgh, meanwhile, is also represented in the three, gold-painted bridges that span the Allegheny River, the only three identical sister bridges of their kind anywhere in America. They are named for some of Pittsburgh’s luminaries: the Clemente for Pirates baseball player Roberto Clemente, the Rachel Carson for the famous environmentalist, and the Warhol for contemporary artist, Andy Warhol.

The two of us were like kids again as we spent the better part of two days in this historic and strategically located region of our birth. We were excited about everything we were able to fit into our schedule.

Here are a few of the highlights we highly recommend to fellow travelers:

First, we’d suggest riding up and down the steep Duquesne Incline cable railway just for the excitement of the ride and to see the mechanical workings, but, more important, to get a view of the dazzling expanse of the city from the heights of Mount Washington. Operating since 1877, this is one of the few inclines of its type left in America. (www.duquesneincline.org)

Architect Frank Lloyd Wright was once paid a large sum of money for his assessment as to what to do with the old “Point,” the triangle of land at the confluence of the Allegheny and Monongahela Rivers that form the mighty Ohio River that Wright gazed at from Mount Washington.

Historic Fort Pitt is located at this critical spot, and it is where General George Washington wrote in his diary October 31, 1753: “I spent some time in viewing the rivers, and the land in the fork; which I think extremely well situated for a fort, as it has the absolute command of both rivers.” The strategic location, of course, influenced much of our country’s history.

Frank Lloyd Wright, meanwhile, was asked how to rebuild the old structures, and his answer was literally “to the point.”
He said simply and directly, “Tear everything down, and start over.”

Start over Pittsburgh did, and a whole new and beautiful city emerged.

ForbesTraveleGuide.com, by the way, voted Pittsburgh as having one of the world’s most stunning skylines.

Art lovers will enjoy exploring the Andy Warhol Museum, one of the four Carnegie Museums in the city. Several stories of another of the refurbished, old buildings are filled with displays of this controversial pop artist, who was native to the steel city. www.warhol.org

We wished we could have stayed longer to experience more of all that Pittsburgh has to offer. We ended our visit by searching out some of the impressive, old mansions in the North Side neighborhood located off Western Avenue. They were once owned by the billionaires who were a huge part of the growth of Pittsburgh in the early days.

If time permits, be sure to take a side trip to see Frank Lloyd Wright’s stunning Fallingwater, the resort home he designed for the wealthy Kaufmann family of Pittsburgh. Referred to as the epitome of serene, organic architecture, this icon is located about an hour’s drive southeast of the city. At least 150,000 people visit there each year, a total of over 4.5 million visitors since its construction in the late 1930s. Set over an actual waterfall in the woods, the dramatic use of cantilever (diving board) design makes this stunning home one-of-a-kind.

While there, be prepared to walk back through pathways in the dense trees to see this remarkably beautiful home, which is appropriately placed on a list of “Places to See Before You Die.” (www.fallingwater.org)

With Fallingwater and so many other attractions, the Pittsburgh area definitely captivates, delights, entertains, excites, and edifies. It is a must for any adventuring traveler’s “bucket list.” MSN