After her husband’s death, Ruby’s increasingly bizarre behavior could no longer be simply dismissed as age-related forgetfulness or medication side effects. With growing concern, her children sought help from the Alzheimer’s Association.

“Not everyone in the family understood why we needed help from outsiders,” recounted Ruby’s daughters, Tammy and Beth. Joined by an Alzheimer’s Association Care Consultant, Ruby’s adult children met for a Family Orientation. In that supportive setting, the siblings gave voice to their hopes and fears, one by one expressing their desire that their mother be allowed to live out her remaining years with dignity in the comfort and familiarity of her own home. They were assured they would have the support of the Alzheimer’s Association throughout the journey that lay ahead, which would last another nine years.

The imposing silhouette of a uniformed police officer filling her bedroom doorframe at three in the morning is an image that Tammy remembered vividly, his presence pulling her sharply awake. Instantly she registered that her mother wasn’t asleep in the adjacent bed. She’d woken and wandered two miles from home in nothing but pajamas and slippers before being discovered and returned by the police. Though previously enrolled in the Medic Alert+Safe Return program, Ruby’s bracelet had gone unworn, the battle to get her to wear seeming not worthwhile…until now.

Tammy and Beth were initially reluctant to an Alzheimer’s Association Support Group, though once there they found comfort and relief. “It was like a family,” shared Tammy. The Support Group provided essential release and guidance for the family, even “giving us permission to grieve and express anger.”

24/7 Helpline—“Sometimes I just needed someone…”

“I can’t tell you how many times I called the Helpline,” remembered Beth. “They gave us the tools, affirmed our emotions…sometimes I just needed someone to tell me I was doing okay.” An important resource for information, referrals, and practical assistance, the 24/7 Helpline (800.272.3900) offers critical emotional support as well.

“I would hear the familiar, caring voice and I would just start crying,” said Beth. 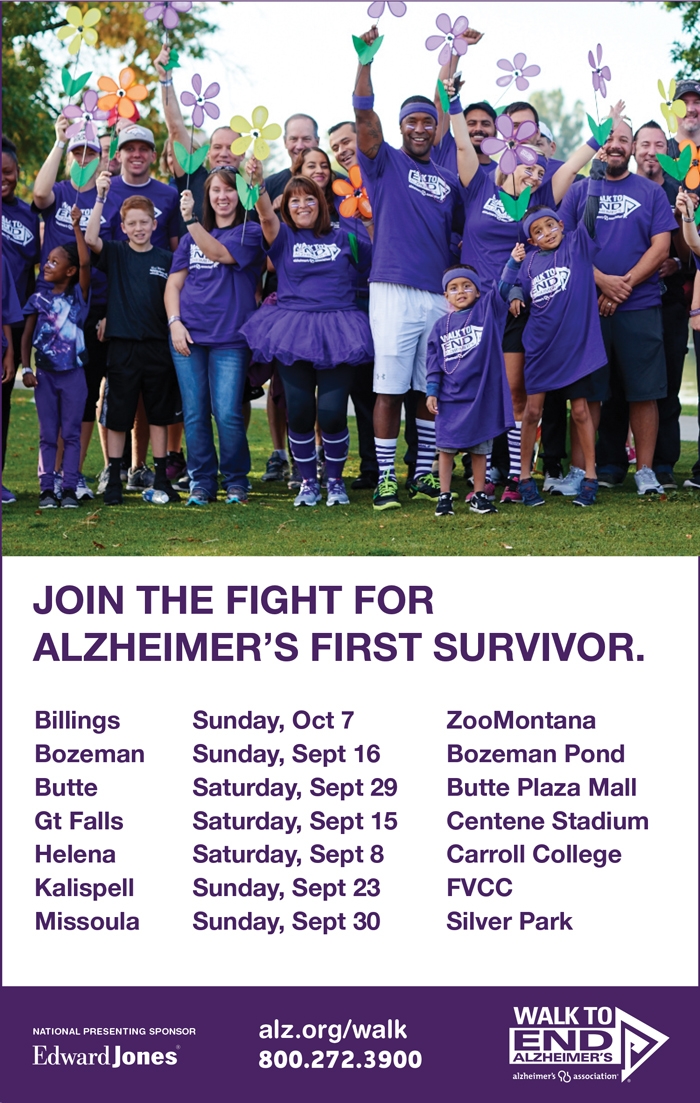 Tammy smiled at the memory of their first year as a Walk to End Alzheimer’s team.

“There were only about eight of us. We didn’t even have a sign.” From that small, inform

al assembly of family and friends, Ruby’s Team now proudly wears their own red team t-shirts and is one of the largest family teams at the Walk to End Alzheimer’s, raising thousands of dollars and untold awareness.

Held annually in more than 600 communities nationwide, the Alzheimer’s Association Walk to End Alzheimer’s® is the world’s largest event to raise awareness and funds for Alzheimer’s care, support and research. This inspiring event calls on participants of all ages and abilities to join the fight against the disease!

Fundraising dollars fuel the mission: participation in the event helps to change the level of Alzheimer’s awareness in communities.

When Ruby passed away just one month shy of the 2015 Walk to End Alzheimer’s, no one would have questioned their decision to sit the year out. Her family instead redoubled their efforts, finding a therapeutic release in the activities that provided them a continued and meaningful connection with their mother.

Fondly Tammy and Beth remembered their mother’s involvement in prior Walks. The meaning of the event was somewhat of a mystery to her, but Ruby seemed to innately understand that the growing sea of red t-shirts was a tribute to her, a fact that brought tears to her eyes.

It was a long and difficult nine-year journey, and both Tammy and Beth reflected fondly on the experience.

“We would do it all over again,” Tammy began. “In a heartbeat,” finished Beth. “Our family’s goal, from that very first meeting, was realized. Mom went to heaven from her home…with dignity…surrounded by love.”

To take the first steps toward joining or participating in a Walk to End Alzheimer’s in your community, visit www.alz.org/walk or call 800.272.3900.