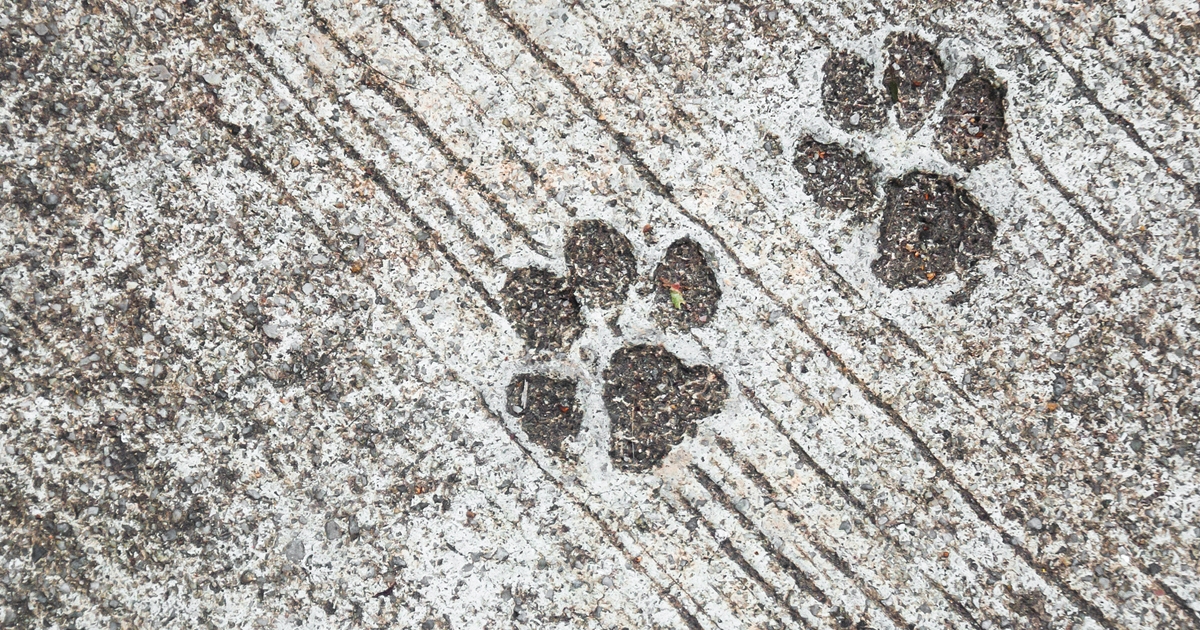 Tikky, tikky, tikky…tikky, tikky, tikky. I never thought I would miss the sound of my little mini-pinscher’s toenails tik-tik-tikkying across the hardwood floor, but after 20 years, the poor little fellow finally crossed that rainbow bridge.

He had a good life, even if toward the end he couldn’t get around much anymore. In fact, several times a day, I had to pick him up and set him in the backyard, so he could do his business. Then I’d wait around until I heard him bark to be picked up and brought back in.

He spent most of his final days curled up in a little ball on the dog bed by the heater vent, but he was always able to rouse his old bones into action whenever he sensed a meal.

I would hear him pacing around the kitchen—tikky-tikky-tikky—and that ritual grew more somber and sedate the longer he lingered.

Even when he was not long for this world, I never realized how much I was going to miss that rascal’s little nails ticking around the house.

Tito was a rescue dog, sort of.

My wife “rescued” him when someone abandoned him in her yard one snowy day in Portland, Ore., about 15 years ago.

She named him after Tito Puente, whose music was playing on NPR when she brought him into her home, to join the rest of her menagerie: two other dogs and three cats.

She eventually came around to calling him Teebershnitzel, Teebers, or Little Man—whichever suited his personality of the moment—and he settled in quite comfortably into his role as top dog of the furry crew.

All those animals have passed on now, and Tito was the last reminder of the happy chaos squeezed into that tiny, 700-square-foot house.

He was always a sweet, little simpleton and cuter than a speckled puppy.

When he was younger, he’d get the rippy-zippies around the dog park like a bottle rocket, but, toward the end, he couldn’t make it on his own up the three stairs at the back porch.

The perils of watching a beloved dog growing old—it’s all there to remind me of what I have to look forward to myself, eventually.

For the last couple of years, he couldn’t see a thing because his eyes were two solid white cataracts. He was deaf as a post and toothless to boot (he got along fine without dentures, though, which is probably more than I will be able to say).

Part of what makes me sad is remembering the old days when he scampered and strutted around like he was boss of all animals in the house, including the 110-pound Newfoundland. The other animals always let Tito call the shots.

Even our current, over-exuberant pup we got a couple years ago, Eddy, gave Tito the respect he deserved.

When Eddy was a puppy, he couldn’t seem to figure out that our little dog wasn’t much interested in wrestling over a bone or toy. Even though Eddy outweighed the Little Man by 50 pounds, he always gave Tito the right of way.

Whether it was a sign of respect for his elder or proof that he’s just a pushover, Eddy would cock his head and stand idly by while Tito edged in on Eddy’s food bowl to polish it off, gumming the kibble and growling at Eddy if he got too close.

After he passed, Eddy seemed genuinely forlorn, and now he seems to realize that, when it comes to burning off energy, he’s really on his own.

In spite of the obvious travails of old age catching him, Tito seemed pretty happy right up to that last house call from the vet.

During his final years, he spent the bulk of his time dreaming, no doubt, of his misspent youth: his salad days of killing the neighbors’ chickens, throttling city rats, and barking at the mailman.

He finished his time on Earth with an unquenchable appetite and was ever-ready to snuggle up on the couch with his humans.

Up to the end, Tito could find his way into a willing lap, bumping into walls he misremembered as doors.

On the whole, I’d say Tito eased into senescence gracefully and went quietly into that long goodnight more philosophically than I imagine I ever would.